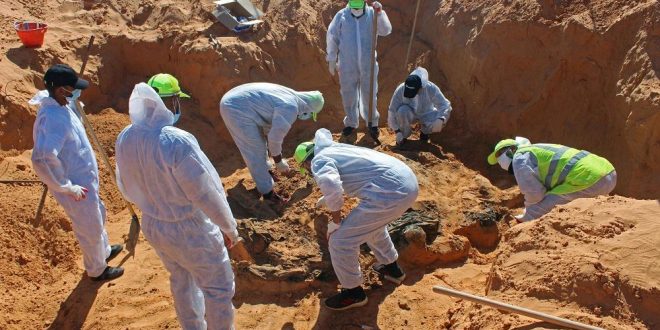 The Libyan army has hunted down members of the pro-Haftar Kaniyat militia accused of committing human rights abuses in the western town of Tarhuna.

The operation was carried out by the army’s 444 Brigade, which made the announcement on Wednesday.

About the operation, the brigade said they arrested a suspect who has been a fugitive of the law for allegedly participating in the mass murders in Tarhuna.

The suspect is now in the hands of the Military Police to complete investigations, the brigade confirmed.

Last Monday, the Public Prosecutor Siddiq Al-Sour confirmed during a meeting with members of the Association of Victims of Tarhuna that his office had circulated orders for the arrest of several leaders of the Kaniyat militia and its members through the General Secretariat of the International Criminal Police Organization.