Home / Normal / Russia’s invasion of Ukraine changes everything in Libya 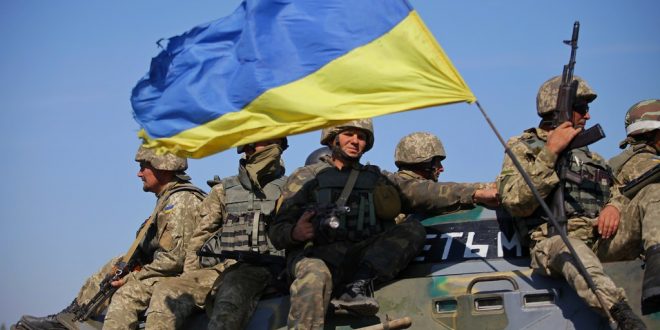 Russia’s invasion of Ukraine changes everything in Libya

Since Russia’s war on Ukraine began in February, there have been significant changes to the foreign policy approaches of various international powers, many closing ranks with the US, while others have maintained neutrality or support for Moscow.

The shift has also been seen in the political stance taken by such powers towards Libya, a key geopolitical hotspot.

The December 24 elections were largely a failure due to rising tensions over the candidacies of controversial figures such as Saif al Islam Gaddafi and warlord Khalifa Haftar, as well as the absence of a mutually agreed upon constitutional framework.

Elections were further undermined following the establishment of a rival government by the pro-Haftar, Tobruk-based parliament, which sought to challenge the Libyan UN-backed government.

This decision was quickly denounced by the UN-backed government, which resulted in the former interior minister, Fathi Bashagha, attempting to take control of Tripoli.

Libyan Prime Minister, Abdulhamid Dbeibah stated that he would only hand over his power to an elected government.

With the growing spectre of military confrontation between the two sides, the UN Libya mission facilitated meetings to outline election rules, this is despite the fact that the House of Representatives (HoR) has not yet selected members for its joint committee.

Most recently, Libya’s airspace, which for weeks suffered a shutdown of domestic flights between the east and west of the country, has reopened following the HoR’s attempt to install a rival parallel government.

As Russia’s war on Ukraine continues with no end in sight, the US, European states, and the UN, have started adopting proactive policies in Libya. They are attempting to mediate between Dbeibah and Bashagha while also ensuring oil terminals remain open to them amid ongoing global energy instability.

Commenting on the recent conflict between the two parties, UN political affairs chief, Rosemary DiCarlo said; “Libya is now facing a new phase of political polarisation, which risks dividing its institutions once again and reversing the gains achieved over the past two years”.

Libya has long been Russia’s regional priority, it engaged heavily with its political processes and even deployed Wagner Group mercenaries to support Khalifa Haftar against the UN-backed government.

This has not been without its consequences. The Fathi Bashagha-led government was established following a deal between the pro-Haftar speaker of the HoR, Haftar himself, Aguila Saleh, and Bashagha.

During his war against the UN-backed government, Haftar enjoyed steady support from Russia, the UAE, and even France – a NATO and UN Security Council member. Several reports have come to light that Paris worked in tandem with Moscow and Abu Dhabi to jeopardise efforts made by the international community towards Libyan state-building.

European and Russian efforts notwithstanding, during the lead-up to the elections in December, it was the US that suspended trials of warlord Haftar, paving the way for him to announce his candidacy for Libya’s presidency.

Haftar, a US citizen, is accused of involvement in human rights abuses, including extrajudicial killings and torture committed by his forces during the course of Libya’s civil war.

In a significant pivot, the US now attempts to revitalise the political process by bringing Dbeibah and Bashagha to the table in the hopes of finding a political solution and holding elections in the country. This is despite the previous and rather recent support granted to Haftar.

For the moment, rather than relying on Haftar, the US, France, and a number of involved western actors seem to have shifted their strategy into excluding or containing him due to his relationship with Russia. Following Moscow’s war on Ukraine, the West effectively consolidated itself under Washington’s leadership causing potential ramifications for unresolved geopolitical questions like Libya.

Nonetheless, ties between Russia and Khalifa Haftar are not easily replaced or eliminated. The warlord has been relying heavily on Wagner mercenaries working for Putin’s henchman, Yevgeny Prigozhin.

Amid this deadlock, the only avenue to sort Libya’s problems for the West, is Dbeibah and Bashagha. This will not be straight-forward, given Bashagha’s backing by Haftar.

In terms of priority and tangible gains, the West clearly seeks to develop secure alternative energy providers to meet future demand. This is of paramount importance following the Russia-Ukraine conflict.

Until Ukraine’s invasion and Mali’s deal with the Wagner mercenary group, several western powers including France and the US seemed happy to allow Russia’s repeated actions against the UN-backed government.

Libya has yet again been brought to the brink of division and war, which has been made possible by the West’s silence on Russia in the past, all to avoid confrontation.

Recent collective policy positions against Russia were only possible following its offensive on Ukraine. Nonetheless, it remains to be seen whether convincing Bashagha and Dbeibah to reach mutual agreement by holding elections, risks the warlord’s ire.

On Sunday, Ukrainian armed forces claimed that Moscow and Khalifa Haftar agreed to deploy Libyans to fight alongside Russian forces. President Putin also stated his plans to enlist thousands of volunteer fighters from the Middle East to join his country’s army in fighting against Ukraine. The has high risks in the short-term and long-term.

Although the war on Ukraine may pave the way for Libyans to rid themselves of warlord Haftar’s shadow over their country, Russia’s presence and the previous collaborations made by western countries with Moscow, will not be easily forgotten.

For Libyans who have grown weary of empty Western promises, this is business as usual. There can be no doubt that if serious measures against Russian encroachment and Haftar were taken in the past, it would not have taken a decade for Libyans to realise a functional democratic system following 42 years of dictatorship.

Ultimately, Libya is only a concern for its energy and relationship to Russia. Western actors have no interest in the democratic rights or freedoms of Libyans.