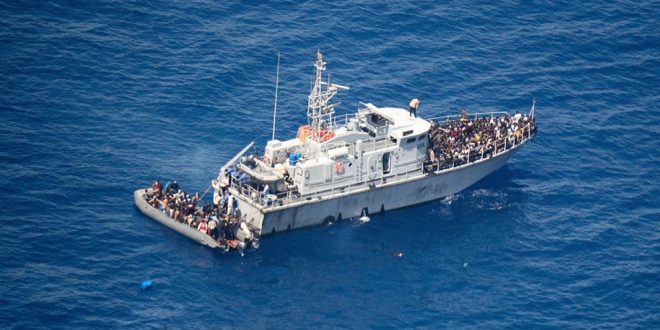 Migrant sea crossings to Italy nearly doubled in 2021, according to a report released this week by an Italian migration assistance network.

Just over 67,000 migrants arrived in Italy by sea in 2021, compared with 34,154 the previous year, according to the new report by Centro Astalli, the largest member of a network of religious, state and charitable organisations that provide services for refugees and migrants across Italy.

The number of unaccompanied minors making the dangerous journey across the Mediterranean also increased by 102%, for whom “the Italian state often fails to guarantee specific protection”, according to the report.

A rise in sea crossings last year was also seen in the English Channel.

Experts say sea crossings are on the rise because the EU has shut land routes and increased restrictions on non-European migrants in the last decade.
Rampant abuse, torture

More than a third of migrants who arrived in Italy by sea had suffered torture or violence at some point in their journey, according to the report.

“There are numerous people in situations of particular fragility, victims of torture, intentional violence, and sexual abuse over the year,” it said.

Women were increasingly likely to be victims of torture, gender-based violence and abuse – representing 32% of all cases referred to Centro Astalli last year.

“Almost all the women assisted by gynaecological services had suffered torture, gender-based violence, or abuse in their countries of origin or during their journeys”.

Centro Astalli noted the Italian government’s lacklustre response to vulnerable migrants arriving in Italy via Libya, where mistreatment of Africans en route to Europe is rampant.

It is “necessary to highlight those who have experienced jail in Libya. Almost all of them have suffered abuse, violence and persecution,” the network said in its report.

In 2021 Italy renewed an agreement with Libya on migration cooperation for another three years – despite overwhelming evidence of brutality against migrants and the complete absence of an asylum system in Libya.

Conversely, during the first 90 days of 2022, Italy offered a warm welcome to 72,000 Ukrainian refugees – more than all sea arrivals to Italy during the past year.