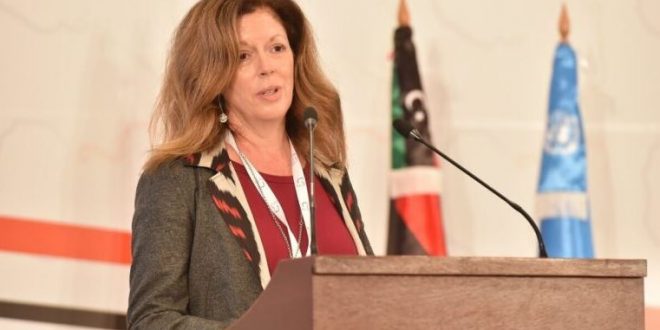 Cairo is pressing to replace US Stephani Williams, who is acting as Adviser to the UN Secretary-General on Libya, with an African figure, an informed Egyptian source told Al-Araby Al-Jadeed news site.

Frustrated at Williams’ previous policies on the Libyan file, Cairo has reached out to several African countries of international weight, including South Africa, to lobby the international community to accept an African-nominated candidate for heading the UN mission in Libya, the source said.

Tension in the relationship between Williams and Egypt came to the surface once again at the recent UN-facilitated talks between members of the Libyan Parliament (HoR) and the High Council of State in Cairo, aimed at moving forward a constitutional and legislative framework for the country’s long-waited elections.

The meetings of the joint constitutional committee of the HoR and the HCS in Cairo concluded on April 20, two days ahead of schedule.

“Williams decided to end the meetings and resume a new round of talks after Eid Al-Fitr, following differences between the UN Rep. and the Egyptians, who pressed to impose their visions for the Libyan crisis,” the source said.

In relation to the issue, a western diplomatic source in Cairo told the news site that the controversies at the Libyan meetings in Cairo were the result of “Egyptian prevarication.”

“Initially, Egypt showed goodwill about the Libyan parties conducting a free dialogue on their territory before the UN mission coordinating the talks was surprised by Cairo’s move to organize a meeting between representatives of the HoR and officials from the Egyptian intelligence service,” the western diplomat said. After the meeting, “they presented a completely different perception of the dialogue’s line, which is consensus on a constitutional rule.”

He confirmed that Williams decided to end the meetings ahead of schedule, despite the lack of agreement. A step that angered Egypt, which vision goes in line with handing over power to Fathi Bashagha, favoured by the east-based Parliament to guide the country towards the elections.