Home / Normal / What is behind Libya’s recent crackdown on human rights and activists? 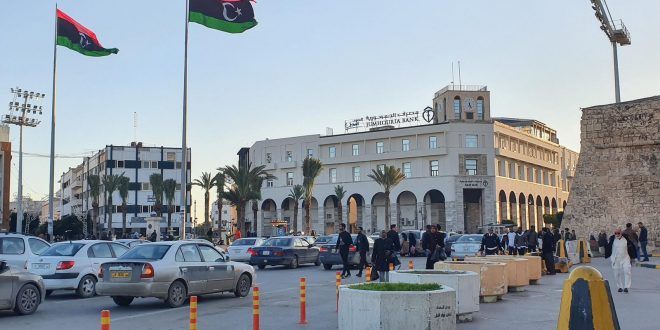 What is behind Libya’s recent crackdown on human rights and activists?

Over the last few months, Libya’s Internal Security Agency (ISA) has rounded up seven young Libyans, accusing them of very serious crimes including that of apostasy, contempt of Islam and spreading of atheism. Such accusations in the predominantly Muslim and overwhelmingly conservative country could be a death sentence, even if unproven. On its Facebook page, ISA published seven video clips of what it called “confessions” of the jailed men. The videos have long since been removed.

The seven detainees, picked up between November 2012 and late March this year, were also accused of being members of an “illegal organisation.” The security agency went to say that the detainees were working to wreck Libya’s “Islamic values” by destroying the “fundamentals” of the Libyan society.

On 25 March, Libya’s Attorney General’s office (AG) published its own statement, also on Facebook, confirming ISA’s charges against five suspects, not seven as ISA said, without explaining what happened to the other two mentioned in ISA’s original statement of charges. Many in Libya think the authorities are deliberately targeting activists to silence dissent.

The United Nations Commission of Human Rights, on the same day, released a statement expressing its concern about the “deepening crackdown on civil society in Libya”, while calling on the authorities to stop such activities, pointing out to Tanweer Organisation which was dissolved and members of its board fled the country. To the UN, all detained individuals are “human rights” defenders. Tanweer was a licensed civil society organisation operating openly in Libya but, in recent years, it failed to renew its registration which made it an illegal organisation.

There is no court hearing scheduled for the accused, but the AG office’s statement noted that they will have their day in court.

Libya’s human rights record, over the last decade, has been all but a continuous series of abuses, violations and violence against usually innocent ordinary Libyans and activists. Since NATO helped rebels to topple the regime of Col. Muammer Gaddafi, in October 2011, hundreds of Libyans activists, human rights campaigners, journalist, lawyers and ordinary citizens have been kidnapped, forcibly disappeared or simply killed. In most cases, perpetrators were never caught, let alone brought to justice. In Benghazi in eastern Libya, between 2012 and 2015, more than 2OO hundred individuals made up of security officials, rights campaigners, lawyers and journalists were killed. The last high profile assassination was of an anti-corruption activist-lawyer, Hanan Elbarasi who was gunned down in Benghazi in broad daylight in November 2020. To date, nobody has been charged with her murder.

But the latest crackdown is somewhat different: it all happened in Tripoli and, furthermore, the charges against them are quite unusual in Libya. Charging someone with apostasy in Libya is very rare. Libyans are usually proud of their way of life in which moderate Islamic teachings are widely observed, with little interference from the State. The country, before 2011, did not even have a Mufti; instead it had a committee of five Islamic scholars offering different Fatwas whenever needed. Authorities back then believed an individual mufti could become too powerful a figure.

The Gaddafi regime was intolerant of extremists and religious radicals, but the 2011 collapse of the state itself opened the way for all sorts of radical preachers and groups to operate openly. Some groups, of certain hard-line Islamic messages, are affiliated with the government, while others operate as charities.

The creation of a new Fatwa House, in 2012, by the former Transitional Council of the country, with Sadiq Al-Ghariani as new Mufti, made things worse. Al-Ghariani, repeatedly, overstepped his mandate as a Mufti, by getting involved in political and armed conflicts in the country. In 2014 Libya’s newly elected parliament dismissed him, citing his inappropriate political activities. Yet, he still claims the title of Mufti and, out of Turkey where he lives, runs his own TV channel propagating his radical messages to anyone who listens.

Over the years, Mr. Al-Ghariani has become a very controversial and divisive figure in Libya, when the country is in dire need of moderate preachers spreading messages of reconciliation and unity. Supported by armed militias, he exercises near absolute power over the Fatwa House, shifting it from an educative religious institution into a political party, funded generously by the government without any oversight. Nowadays, it is dangerous even to criticise the Mufti or the Fatwa House.

This has created a favourable atmosphere for radical preachers to poison the minds of young Libyans with hate speech through a network of Imams in hundreds of leading mosques across Libya. At the same time, their messages and sermons are creating an environment of fear and intimidation among civil society activists, forcing many to flee the country or to simply keep silent.

Al-Ghariani’s violence-instigating role prompted Libya’s Human Right Committee, in 2014, to label him as a “war criminal”. In 2017 he was among 59 individuals listed as terrorists by Saudi Arabia, Egypt and other countries. This is certainly not the kind of Mufti Libya needs.

Hussein Ali – not his real name – a Tripoli-based preacher, said “as long as Al-Ghariani” is our Mufti, Libya is being “radicalised” every day, where arbitrary interpretation of Islam becomes a “political tool” to silence any “dissent.” This helps make Libya a magnet for Libyan and foreign radicals and it will not be long before terror groups resurface again.

Mr. Ali points out to the hero’s welcome Abdelhakim Belhaj received when he, surprisingly, arrived in Tripoli on 21 April, after being abroad since 2014. Preacher Ali said “Belhaj would not have” dared return at this time “had it not been for people like Al-Ghariani” and their radical messages. Mr. Belhaj used to be Libya’s top terrorist in the 1990s and leader of its notorious Libyan Islamic Fighting Group. He spent years in jail and was freed in 2009 after renouncing violence and taking part in reconciliation programme with the Gaddafi regime.

After 2011, Belhaj tried to recycle himself as a politician with some success. He founded his own political party, Al-Watan (Homeland), but yet to contest any elections. Libya’s 2019 AG’s arrest warrant against Belhaj is still valid, but it is very unlikely the authorities will try to arrest him.

Many observers believe Libya is certainly drifting towards a more radicalised society with the help of its Fatwa House. Preacher Ali thinks “Al-Ghariani is spreading a radical” message, making it harder for human rights defenders to operate in the country. 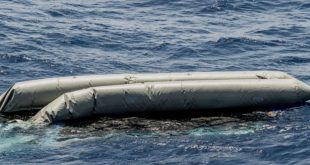