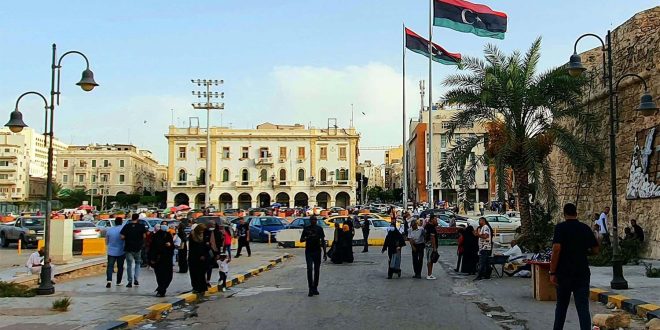 Libya in the prism of US’s Global Fragility Act

In the shadows of the war in Ukraine the Biden-Harris administration has released what amounts to a policy – but less than a detailed strategy – paper aimed at interrupting “potential pathways to conflict” around the world to keep such conflicts and their consequences from reaching the United States’ borders.

The document comes as an attempt to implement the Congress passed Global Fragility Act (GFA), signed into law during the final year of former President Donald Trump’s administration in 2019. In a wider policy context President Biden’s message, or announcement, emphasises implementing GFA; however, it has come in a rather different world, given the Russian invasion of Ukraine and its global aftermath. When GFA was adopted, President Trump’s vision of global geopolitics was one of steering the US away from faraway wars and conflicts as the best defence against such conflicts reaching mainland America. By contrast, Biden sees the role of the US as a world leader and must be engaged in such conflicts, not walking away from them.

GFA is also considered to encompass lessons learned from the US’ military involvements in countries like Afghanistan, Iraq and Libya. The main idea behind the US strategy to end conflicts is to enable more diplomatic and economic tools to help not only prevent conflict, as the first option, but end them, once prevention fails.

Yet prevention does not seem to be the US’s first policy choice in the case of Ukraine. Washington and its NATO allies have been providing “lethal” and humanitarian aid to Kyiv, while not responding to Moscow’s legitimate security concerns. So far, the US alone has earmarked a staggering $40 billion to help Ukraine, mostly to finance arms and ammunition. If anything, this will ultimately prolong the war with a disastrous outcome for Ukraine, which is not expected to defeat Russia, anyway.

In the wider strategic context, the US policy towards the Ukrainian war is contradicting everything GFA stands for; i.e. ending and preventing conflicts by rooting out their causes or natural disasters. US policy makers should understand that they cannot be supporting conflict in one place while attempting to prevent/end it in another. For example, it is likely that conflicts over food and cost of living might erupt in some African countries that are struggling to feed their populations because of their high dependency on Ukrainian and Russian grains. The longer the Ukraine war goes on, the higher the risk of conflicts in other parts of the world.

Essentially, Biden’s strategy to ending or preventing violence in fragile conflict-prone spots around the world, is concentrated on supporting civil society in places of conflict like Libya, for example, to empower it to play an active role in ending little wars and work on reconciliation and democratic progress.

The first major hurdle, in the case of Libya, is the fact that grassroots and mature civil society organisations strong enough to initiate change and force alternative policy choices for peace and stability, is almost non-existent. Whatever civil organisations exist in Libya lack credibility, operate in a difficult environment and are starved for local funding, making them open to foreign finances which is strongly rejected by the Libyan public—the main target audience of any civil society.

After helping to destroy Libya in 2011, the US did not have any comprehensive strategy to stabilise it. When Donald Trump took over, he followed a completely different policy in which he and his notorious Security Advisor, John Bolton, helped more conflict. In 2019, both men supported Khalifa Haftar’s war on Tripoli to topple the country’s United Nations recognised government; however, Haftar failed badly.

As the conflict in Libya needs more laws, the US Congress, in 2021, adopted the Libya Stabilisation Act, which aims to support diplomatic solutions to the conflict there, through the United Nations mechanism. The Act is aimed at stopping foreign actors from flooding the country with arms and mercenaries to help their local proxies. At the same time, the Act threatened local politicians and warlords with sanctions to force them to accept settlement. So far, that strategy has failed to change the situation in Libya because of the Biden Administration’s failure to reinforce the Stabilization Act, just as it failed to reinforce the UN-imposed sanctions banning the transfer of arms and fighters to different sides in Libya.

Countries like Turkey, United Arab Emirates, Egypt and Qatar – all US regional allies – never ceased meddling in Libya’s internal affairs, both politically and militarily. With Qatari finances, Turkey has transferred thousands of mercenaries and loads of arms to its proxies in western Libya, while the Emirates and Egypt help their ally, General Haftar, in the eastern region.

At the same time, the US ambassador to Libya, Richard Norland, has been actively doing his own meddling in Libya’s affairs through a series of regular meetings with Libyan officials, like the Head of National Oil Corporations, Governor of the Central Bank, and others. Through his Embassy’s social media accounts, Mr. Norland has been regularly updating followers on his activities, with complete disregard for the angry comments and messages of contempt Libyans leave for him, accusing him of interfering in Libya sovereign affairs, particularly the oil sector and the Central Bank.

Ambassador Norland is also accused of talking in the name of the Libyan people, usually stressing the fact that the majority of Libyans want elections, but it is not the job of foreign diplomats to be the spokesperson of the Libyans. With a budget of some $30 million in 2022 to promote elections and democratic governance, the US Embassy has been spending rather lavishly on Libyan civil societies, most of which lack credibility and accused by the Libyan public of being pawns for foreign embassies, particularly the American and British embassies.

In a recent interview, Mr. Norland, for the first time, appeared to confirm the suspicion that he helped stop the 24 December, 2021 elections, by blaming the nomination of Saif Al-Islam Gaddafi as being “the bomb” that shattered the entire electoral process.

If GFA is supposed to help end conflicts around the world, it is failing already as demonstrated in Libya. While a renewed cycle of violence is unlikely in the near future, it remains a high probability as foreign actors and their local proxies are not held accountable for their actions.

Libya neither needs more US laws nor additional UN resolutions, but serious implementation of what already exists. Otherwise toothless laws, including GFA, will remain just worthless paper with millions of US taxpayer dollars wasted.