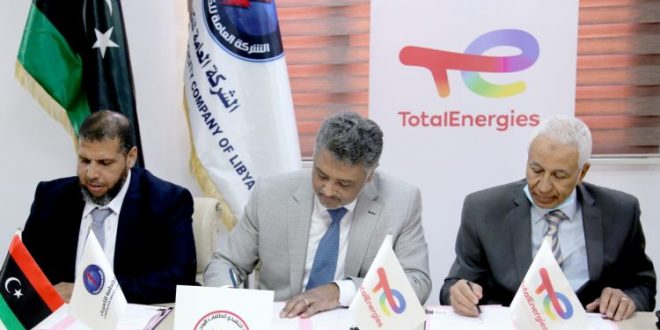 Libya signed a preliminary agreement with France’s Total Energies to establish a solar power plant with a capacity of 500 megawatts in the Al-Sadada area, 280 km south-east of the capital Tripoli.

The agreement with Total was signed yesterday with Libya’s General Electricity Company of Libya (GECOL) and the Renewable Energy Authority of Libya at the former’s Tripoli headquarters.

Increase renewables’ contribution to power generation
This, they explained, is to raise the percentage of renewable energies’ contribution to the energy mix through the implementation of a number of projects in order to support the public electricity network and cover part of the increasing demand for electric power, to reduce dependence on oil, reduce emissions, and create sustainable spatial development in all regions of Libya.

By implementing this project, REAoL explained, this plant will become the first and largest technology in Libya and will generate up to 152 TWh per year by employing the latest technological applications in the field of solar energy that will use up to 1.2 million solar panels.

The project will be followed by a series of projects for solar energy and wind energy distributed in all regions of Libya.