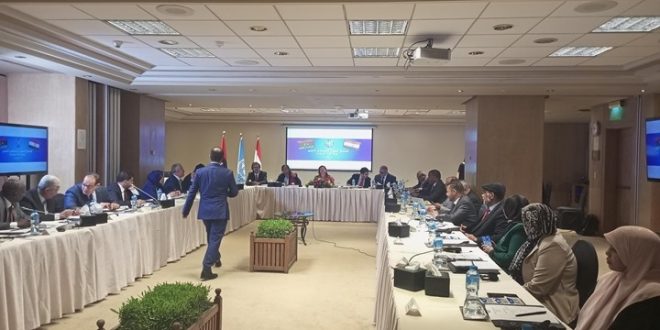 Rival Libyan factions have failed to reach an agreement after wrapping up a third round of UN-mediated talks in Egypt, the United Nations said on Monday, further complicating international efforts to find a way out of the country’s decade-old chaos.

According to the UN special adviser on Libya, Stephanie Williams, legislators from Libya’s east-based parliament and the High Council of State, based in the capital, Tripoli, in the country’s west, concluded their final round of negotiations on constitutional amendments for elections late on Sunday in Cairo without a breakthrough.

The talks, which started on June 12, had sought to establish a constitutional framework for elections in Libya, but the two sides failed to agree on “the measures governing the transitional period” leading to the vote, William said in a statement accessed by The Associated Press news agency.

She called on Aguila Saleh, the influential parliament speaker, and Khaled al-Meshri, head of the Tripoli-based council to convene within 10 days to try and bridge the gaps between the two sides. She did not elaborate.

Libyan media reports claimed that the main contested topic was the criteria for a presidential candidacy.

Haftar had announced his bid in elections slated for last December. His forces launched an offensive in 2020 to capture Tripoli, but were defeated after Turkey supported the Tripoli-based government.

Nearly three million Libyans signed up to vote, which was delayed because of myriad issues, including controversial hopefuls and disputes about election laws.

The two legislative bodies have failed to agree on a new government to replace the unity government of Prime Minister Abdel Hamid Dbeibeh, who was sworn in in March last year through a UN-brokered process.

His legitimacy has been questioned by the eastern parliament after the December elections were postponed.

The political crisis escalated after Fathi Bashagha was appointed prime minister by the east-based parliament in February. Dbeibeh has refused to hand over power.

During the talks in Cairo, the east-based legislators called for allowing military personnel to run in a subsequent vote.

The failure to hold the vote in December was a big blow to international efforts to end a decade of chaos in Libya, where rival administrations are now claiming power after tentative steps towards unity last year.

The oil-rich Libya has been racked by conflict since a NATO-backed uprising toppled and killed longtime ruler Muammar Gaddafi in 2011.

The country was then for years split between rival administrations in the east and the west, each supported by different armed groups and foreign governments.

LegislationPolitical Transition
All
2022-06-20
asaeid
Previous Out of Libya: Opening safe pathways for migrants stuck in Libya
Next JMC 5 + 5 concludes its meetings in Cairo