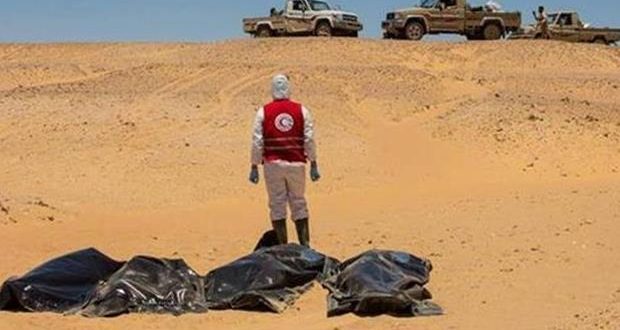 Three bodies, including two children found in port of Zawiya

Three bodies have been retrieved from a port in Zawiya city, the Libyan Red Crescent has confirmed.

The team was called after reports concerning three bodies found in the Marsa Dela Port northwest of Zawiya.

The organization said the victims, who included a Syrian and two Libyan children under the age of 15, were transferred to a morgue at the Zawiya Teaching Hospital.

A video clip has been circulating online showing the moment the victims were picked up after drowning in the sea.