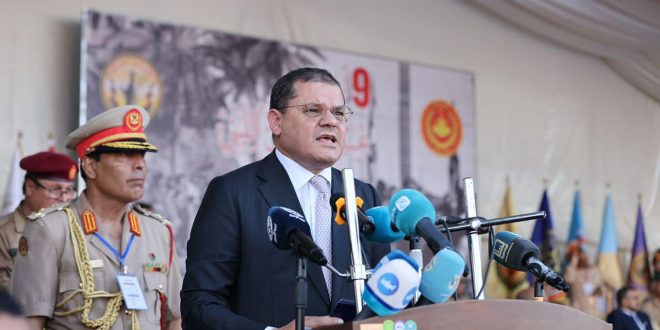 The Libyan Prime Minister Abdul Hamid Dbeibah said that he had instructed the Ministry of Defense to speed up the formation of a comprehensive plan to close the camps occupied by armed groups in downtown Tripoli and move them outside the city, adding that he had given direct instructions to remove security posts in Tripoli summer resort and turn it to a public beach resort, in addition to retrieving Radio building in Al-Nasser Street to the media sector.

Dbeibah added in a televised statement on Sunday, less than a day after the end of clashes in Tripoli, that the “aggression has ended along with the extension of office terms’ project for those who have been a burden to all Libyans for the last eight years.”

“I tell Aqila Saleh that the parallel government’s project has failed as Libyans reject extension and are not easily fooled by a project with a new government on the surface and an extension of terms for the illegitimate bodies on the inside.” He added, calling for forgetting the past and the exit of all parties through elections.