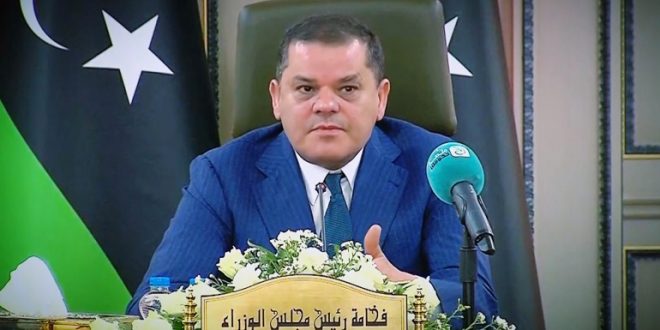 Dbeibeh accuses the Audit Bureau of petty politics with its government

Libya’s Prime Minister of National Unity Government Abdul Hamid Dbeibeh, has accused the Audit Bureau of attempting to “tarnish” his government’s image after the publication of its 2021 report, which documents misuse of public funds.

The report, which was released two days ago, contains allegations of corruption against multiple members of the Tripoli-based government, including Dbeibeh himself.

During a cabinet meeting today, the 63-year-old premier tried to cast doubt on the credibility of the report, claiming that the timing of its publication is “politicised”. He also questioned the neutrality of the bureau’s chief, Khaled Al-Shakshak, by highlighting that both of them were once competitors in the presidential elections that failed to take place in December 2021.

“We are accountable, but this does not mean playing with numbers and making reports that shake people’s feelings,” Dbeibeh told his ministers in the televised cabinet meeting.