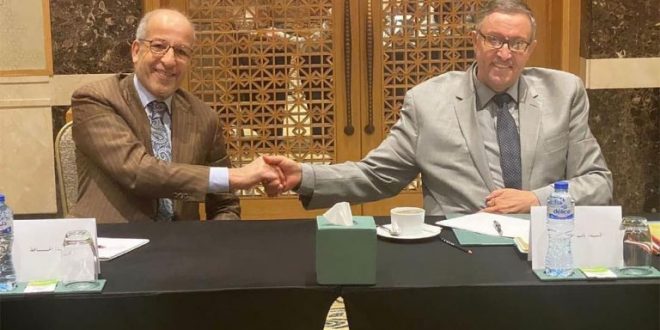 The Central Bank of Libya (CBL) in Benghazi, issued on Monday, a decision to amend the exchange rate of the Libyan dinar against the dollar to LD 4.25/dollar effective as of 16 October.

The Benghazi-based CBL said the decision will apply to all purposes, aspects and operations in which foreign exchange is used for all individuals, legal, public and private national and non-national entities.

However, for its part, the Central Bank of Libya in Tripoli responded to the decision by rejecting it. It confirmed the continuation of work at the previous rate of LD 5.2/dollar.

The CBL Benghazi decision comes on the back of the news that it had held a board meeting of the CBL to which it had invited the Tripoli CBL Governor. It reported that he had declined to attend.

CBL Benghazi said the decision to adjust the exchange rate was issued after a meeting and an economic study of the country’s recession. It said it holds the Tripoli Governor responsible for his actions and accused him of being insensitive to the plight of the average Libyan suffering in a recession and with inflation and a decreased purchasing power.