Home / Normal / How startups are contributing to Libya’s economic recovery 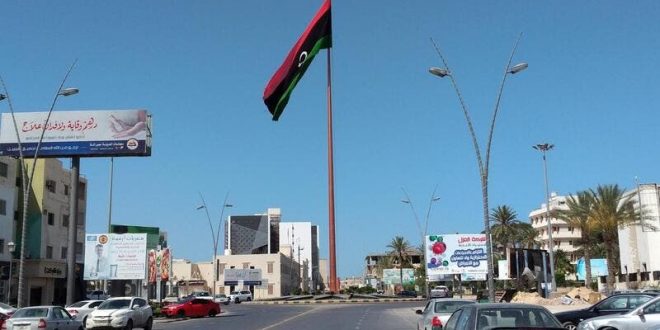 How startups are contributing to Libya’s economic recovery

Almost 11 years after the start of the revolution, Libya is still scrapping itself for parts to build its worn-out economy back to health — and the country’s baby startup ecosystem is playing a painstaking role in the effort.

When Ammar Hamid moved back to Libya in 2017 after over eight years of studying and living in the UK, he met an entirely different country from the one he left. The uprising had come and gone, but the remnants of its dark cloud still loomed over the oil-rich Maghreb country. Hamid said he met a pitifully fragmented state filled with monuments of half-bombed buildings and institutions. From Tripoli, the country’s capital city, to Benghazi, the country’s second most important city that hosts its largest industries and government ministries, apartments through which winter cold and summer heat easily slip in through the many bullet holes in their walls laced the street. People were helplessly living in fear, and the nation’s oil-relying economy had almost completely lost its bearing. According to the World Bank, Libya’s gross domestic product per capita declined from an unmatched comfort of $12,000 in 2010 to $3,700 in 2022, recording a 70% drop in just a decade.

But amid this chaos, a small startup ecosystem began to emerge. The internet penetration in the country was (and still is) the highest in the Maghreb region, standing at 75%, and this helped fuel the rise of, though primitive, a foundational and pivotal phase of a new digital business in the country. Hopeful founders are building startups to solve serious problems, make life easy for the people and add economic value to the country. One such startup is iStudy, an ed-tech app connecting parents with schools. It was launched in 2017 by Zakaria Gwaila and Waleed Sassi who noticed the increasing rate of student failure since the 2011 revolution and decided to use their app to address and correct that. The app allows parents to follow their child’s school activities like attendance, lessons and exam schedules, and send and receive private messages to and from the school — messages that before the app were inefficient due to their paper- and SMS-based nature. The company has since expanded out of Tripoli, where it was founded, to other cities like Albayda, Ejdabya, Al Khoms and Benghazi — with the ambition to cover all of Libya and North Africa.

Hamid, who — like the vast majority of Libyans — prefers to work for the public sector, started his civil service career the same year he returned. But he quickly got bored and quit to start a business consulting firm that helped small businesses learn and practice best managerial processes. After all, he studied business management up to the master’s level in the UK and wasn’t ready to waste all this high-end education, especially “not in Libya where there were so many problems begging to be solved.” But his consulting startup was met with little success so he threw in the towel to join Food House, one of Libya’s biggest FMCG (fast-moving consumer goods) companies, as a marketing manager and stayed there for a little over three years.

But in 2020 during the thick of the COVID-19 pandemic and on the back of a $1 million seed funding from a close friend, Hamid launched Presto Eat, an on-demand startup leveraging technology to deliver food and parcels across Tripoli. The lockdown underscored the importance of innovation, and Hamid was one of the only few young Libyans who understood what must be done. Today, with over 250,000 registered users and over 98,000 active users in Tripoli alone, Presto Eat is the biggest startup in the country. It has raised a total of $2.5 million from friends, family and unnamed local businessmen who, according to Hamid, would not ordinarily invest their money in a startup but did anyway because of the excellence and trust he built with them over the years. “Libyans don’t have a strong startup mindset. There are other profitable sectors to invest in, like importation,” he said.

The lack of funding is a major barrier to building a startup in Libya. There are no active institutional investors and the locals don’t believe in dumping money on startups. This has led to the failures of many startups. iStudy, for example, bootstrapped until October 2019 when it won the Libyan leg of the Seedstars World competition. To this day it’s still seeking funding. Presto Eat, on the other hand, was able to scale up because of its access to early funding, which is highly unlikely in Libya.

Like Presto, early starter Techneon — a game startup that seems to have pivoted to a media platform — raised $714,000 as of 2020. But like Presto Eat, it also leveraged close friends to raise hush-hush investments. This lack of transparency is another barrier to funding access.

Some international interventions entered the mix, such as the Stream incubator and accelerator, which opened in Tripoli in November 2017 to run a four-year development program in the country to help to improve the situation. The program was backed by the UK government and managed by Expertise France — the French public agency for international technical assistance — in partnership with local mobile telecoms company Libyana. It also runs a matchmaking service and offers grants.

Another startup founder who asked to remain anonymous said the Stream program didn’t achieve its purpose. “Its conveners were far removed from the realities of the people and the nuances of doing business in Libya,” the founder said, adding that “even though the program might not have created a scaled-up startup, it educated and exposed prospective founders to the startup trenches.”

In general, it’s quite understandable that the consistent turmoil is the reason why the ecosystem has responded poorly to existing international support. However, the opportunity is immense: There’s an untapped market that’s well equipped with the internet, a strong consumer purchasing power, dedicated young founders who are ready to build businesses, and it’s just a matter of time before they break even. Despite the harsh political and economic climate, unfazed Libyan founders like Hamid and others remain eager to build a new Libya where tech thrives regardless of the instability.