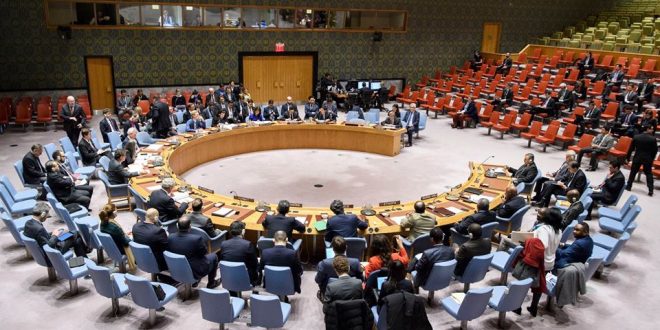 The Security Council voted unanimously Friday to extend the UN political mission in Libya for a year and urged key institutions and parties in the divided north African country to agree on a road map to deliver presidential and parliamentary elections as soon as possible.

The resolution adopted by the UN’s most powerful body urged “dialogue, compromise and constructive engagement” aimed at forming “a unified Libyan government able to govern across the country and representing the whole people of Libya.”

Libya plunged into chaos after an uprising toppled and killed longtime dictator Muammar Qaddafi in 2011. The oil-rich nation has been split between rival administrations in the east and west, each backed by rogue militias and foreign governments.

The country’s current political crisis stems from the failure to hold elections in December 2021 and the refusal of Prime Minister Abdul Hamid Dbeibah, who led a transitional government in the capital, Tripoli, in the country’s west, to step down. In response, the country’s east-based parliament appointed a rival prime minister, Fathy Bashagha, who has for months sought to install his government in Tripoli.

The resolution reaffirmed the Security Council’s “strong commitment to an inclusive Libyan-led and Libyan-owned political process, facilitated by the United Nations and supported by the international community,” that leads to elections as soon as possible. It backs the resumption of efforts to resume intra-Libya talks to create conditions for elections.

Gabon’s UN ambassador, Michel Xavier Biang, the current council president, said the three African nations on the council — Gabon, Kenya and Ghana — “have the sense of having contributed to an important milestone towards the stabilization of a major African state.”

The council welcomed the appointment of a new UN special envoy, Abdoulaye Bathily, after a nine-month search amid increasing chaos in Libya.

Russia had refused to extend the mandate of the U.N. mission in Libya, known as UNSMIL, for more than three months until a new special representative was chosen. So UNSMIL’s 12-month extension until Oct. 31, 2023, was a vote of confidence for the former Senegalese minister and diplomat.

Bathily told the council Monday he plans to follow up on commitments by Libya’s political rivals at the end of a meeting last week that reportedly include the need to hold elections and ensure that the country has a single executive power as soon as possible.

He said he plans to talk to leaders of the east-based parliament, the House of Representatives, and west-based High Council of State in the coming weeks “to understand” the agreements announced at the end of their Oct. 21 meeting in the Moroccan capital, Rabat.

According to the Moroccan Press Agency and the North African Post, the speaker of the east-based parliament, Aguila Saleh, and the head of the Supreme Council, Khaled al-Meshri, agreed to implement a mechanism on criteria for leadership positions agreed to at talks in Morocco in October 2020.

Saleh was quoted as saying the rivals also agreed “to ensure that there is a single executive power in Libya as soon as possible” and to relaunch dialogue to achieve an agreement about the holding of presidential and parliamentary elections. The elections need to respect “a clear roadmap and legislation, on the basis of which the polls will be held,” he was quoted as saying at a press briefing after the meeting.

The Security Council’s resolution underlined “the importance of an inclusive, comprehensive national dialogue and reconciliation process.”

Council members expressed concern at the security situation in Libya, particularly recurring clashes between armed groups in the Tripoli region that have caused civilian casualties and damaged civilian infrastructure.

They emphasised “that there can be no military solution in Libya” and called on all parties to refrain from violence.