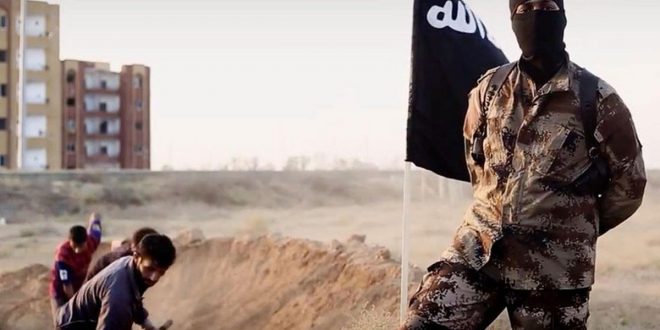 Forces from the self-styled “Libyan National Army” (LNA) announced on Wednesday they had killed seven Islamic State group [IS] militants and captured two others in a security operation near the Chad border.

“The Tariq bin Ziyad brigade carried out a military operation today, Wednesday, against a camp belonging to the terrorist organisation IS in the south of Libya, which resulted in the killing of seven members and the capture of two. They were of Arab nationalities,” a statement by the LNA said, referring to one of their most prominent brigades.

The LNA is based in eastern Libya and led by rogue general Khalifa Haftar.

Lt. General Ahmed Al-Mesmari, a spokesman for the LNA, said that the operation took place south of the Qatrun area in southwestern Libya, adding that the latest operation “comes within the framework of the war on terrorism.”

The LNA said they captured light and medium-range weapons and ammunition and two desert SUVs.

There were no casualties among the Haftar-led forces.

Amid ongoing political deadlock, General Khalifa Haftar’s recent remarks imply that he is prepared to plunge Libya back into war to break the stalemate and consolidate his power.

Despite losing their strongholds in the divided North African nation, IS remains active in Libya’s vast desert regions and continues to carry out a low-level insurgency.

Libya became unstable after a popular revolution toppled and killed former dictator Muammar Gadhafi in 2011. For years the country has been split between rival administrations, each backed by militias and foreign governments.

The past months have seen an uptick in deadly militia clashes, including in the capital Tripoli.