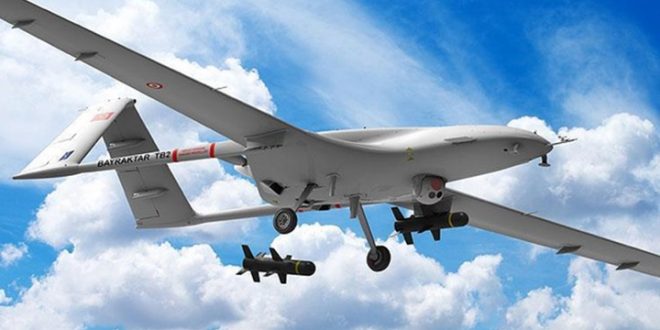 Why African countries are lining up to buy Turkey’s weapons

For the past few years, Turkey has made a record number of arms sales to several African countries interested in acquiring its domestically produced military hardware, including armed drones, attack helicopters, and turboprop aircraft.

In 2021, Niger became the first foreign customer to order TAI’s Hurkus turboprop trainer/light attack aircraft. Chad and, reportedly, Libya, have since ordered the aircraft as well. TAI expects many more customers for the Hurkus in Africa, its deputy general manager said in September.

“This reality should not be separated from the rise of Ankara’s influence in the continent and its strategy to strengthen the political, economic, and security ties with several African countries.”

Nicholas Heras, director of strategy and innovation at the Newlines Institute, echoes that notion, noting that Turkey’s defence industry is now “benefiting from the many years of persistent effort that Turkish diplomats have put into making Turkey a major exporter to Africa”.

“The Turkish defence industry has a proven ability to produce weapons systems quickly, efficiently, and in bulk,” he told MEE.

Bakir explained that over the last five years or so, leading Turkish defence industry companies have been looking to increase their exports, expand their reach, diversify their foreign markets, and find new buyers.

The battlefield testing of Turkish and Russian systems in Libya, Syria and Nagorno Karabakh have made a tangible difference in promoting Turkey’s weapons industry, Bakir added.

“Turkey’s weapons don’t come with human rights strings attached, which is exactly what many African state actors want: durable, combat-proven weapons systems that come quickly and with no red tape.”

The fact that Turkish systems, particularly drones, have repeatedly demonstrated their capabilities and effectiveness in active conflict zones in recent years is another reason these countries are seeking them.

“By far, Turkey’s customers in Africa want Turkish drones because Turkey’s drones are rugged, easy to operate and maintain, and have been used in combat against both state and non-state actors,” Heras said.

While Turkey’s drones don’t have the same record against state actors with advanced air defence systems, such as Russia, that’s not what buyers are necessarily seeking.

Bakir believes there is “a combination of factors” behind this sudden demand for Turkish military hardware in Africa. Cheaper prices, high efficiency, as well as being tested in real-world theatres of war have helped Turkey’s pitch, but there is one more intangible.

“The absence of colonial history also encourages the African countries to engage with Turkey on the basis of a win-win situation.”

Many of these weapons are being sold to recently active conflict zones or potential flashpoints, raising questions about how they will affect security and stability.

For example, Turkey is now arming Algeria and Morocco, neighbouring states on opposite sides in the decades-old Western Sahara conflict.

Then there is the Libya situation.

That round of fighting halted in 2020, with forces under the Government of National Unity (GNU), led by Prime Minister Abdul Hamid al-Dbeibah controlling Tripoli and the west and the LNA retaining its hold on the east. Recent reports claim that Tripoli is acquiring Hurkus aircraft and Bayraktar Akinci drones, the latter much larger and more advanced than the TB2.

“Turkey’s existing mission in Libya now consists of hundreds of military officers as well as spies and other Turkish personnel, 2-3,000 Syrian mercenaries, plus a comprehensive array of hardware,” he told MEE.

“Now, as we speak, even before any new delivery of fancy items like the Akinci, the Libyan enemies of Turkey are already quite afraid of the pro-Turkey camp,” he said. “In other words, the sheer amount of military deterrence is already as effective as can be.”

Nevertheless, there have been growing tensions between Libyan armed groups and the more prominent factions in the country. Clashes in Tripoli on 27 August left around 40 Libyans dead. Harchaoui believes even more significant clashes are “a distinct possibility”.

Bakir believes that Turkish arms contribute, rather than undermine, the security and stability of the areas to which they are exported.

“As far as the facts on the ground show in several regional theatres that witnessed the use of Turkey’s defence systems, they helped resolve stalled struggles, prevented the spillover of some conflicts, stabilised the situation in some countries, and blocked the expanding role of some actors, such as Iran and Russia.”