Home / Normal / Italy struggles with surge in Egyptian migrants from Libya, The Times 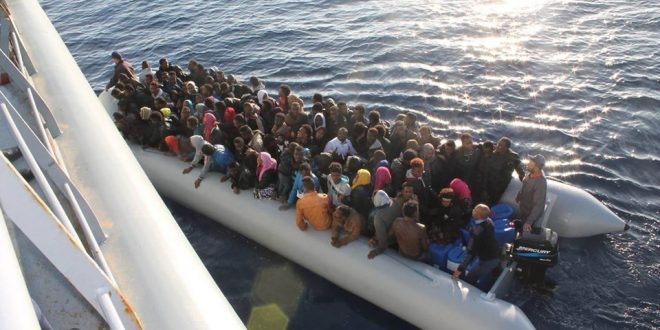 Italy struggles with surge in Egyptian migrants from Libya, The Times

People traffickers are packing fishing boats with up to 600 Egyptians in hidden coves near Tobruk in Libya, pointing them towards Italy and playing havoc with Rome’s crackdown on migration, The Times reported.

The Italian prime minister, Giorgia Meloni, was elected in September on the back of a pledge to end the flow of migrants across the Mediterranean from north Africa.

She has waged war on charity rescue ships that pluck them from dinghies after they depart from beaches near Tripoli in western Libya.

However, Italian officials are now facing a rising number of dangerously overloaded fishing boats steaming straight towards their country from the other end of Libya, close to the Egyptian border, and are being forced to step in to avert tragedy.

During one rescue by Italian government rescue vessels on October 26, 1,157 migrants were picked up from two fishing boats sailing from Tobruk at the same time.

“The departure of large boats from eastern Libya has been picking up, especially since late October,” said Maurice Stierl, an operator at Alarm Phone, an organisation that fields distress calls from migrant boats.

At least eight fishing boats headed for Italy from Tobruk in eastern Libya between the end of October and last week, with a total of about 2,800 migrants on board, said Alarm Phone, which received calls from the vessels.

Another boat from Tobruk was intercepted on Sunday with over 500 on board, Radio Radicale journalist Sergio Scanduro reported on Monday. The arrival at least nine boats in less than a month from Tobruk compared with seven boats carrying 1,000 migrants in the ten months between January and October last year.

The Italian government has not released data for 2022 on the places migrants have sailed from, but an aid worker who declined to be named told The Times that the recent sailings from eastern Libya were adding to the 6,000-or-so migrants who sailed from the area in the first nine months of this year.

Trafficking and Migration
All
2022-11-22
asaeid
Previous Libyan parliament: Aiding the reopening of Lockerbie case is “treason”
Next Libya’s HoR appoints replacement to Al-Hibri as deputy governor of CBL