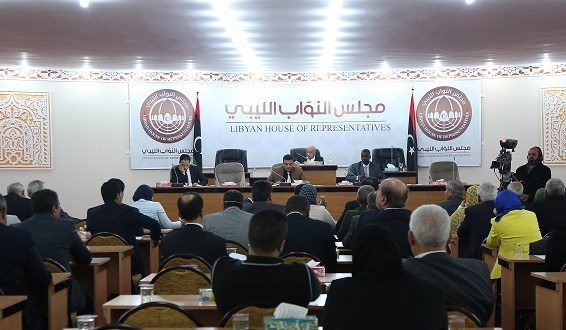 Libyan parliament: Aiding the reopening of Lockerbie case is “treason”

Libya’s House of Representatives announced on Tuesday that it rejects the reopening of the case of 1988 Lockerbie bombing, and threatened to put on trial on charges of “higher treason” any Libyan who helps in reviving the case.

This comes following the recent abduction of Masoud Abu Ajila al-Marimi, a former Libyan intelligence officer who is suspected of being involved in the 1988 Lockerbie bombing, by unknown persons. The Libyan parliament said it will “prosecute those involved” in Abu Ajila’s abduction.

According to a report by London-based newspaper Asharq Al-Awsat, the Tripoli-based prime minister Abdul Hamid Dbeibeh, faces widespread accusations of attempting to extradite Abu Ajila as a “scapegoat” for the United States, in return for “his government’s continuation in the power it has held for nearly two years.”

International Relations and CooperationJustice
All
2022-11-22
asaeid
Previous Interior, justice ministries to launch project for developing juvenile justice
Next Italy struggles with surge in Egyptian migrants from Libya, The Times