Home / Normal / Athens-Tripoli row: Why is Greece so angry with Libya? 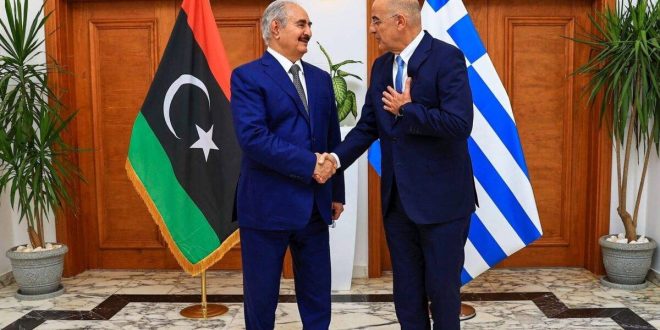 Athens-Tripoli row: Why is Greece so angry with Libya?

On 17, November, a plane carrying Greece’s Foreign Minister, Nikos Dendias, landed in Mitiga International Airport, in Tripoli, but the visitor refused to disembark once he was told that his counterpart, Najla Al-Mangoush, was waiting to welcome him. Instead, he decided to leave Tripoli and head for Benghazi, Eastern Libya. It could have been a small protocol accident had it not been for the already simmering tensions between Tripoli and Athens.

After leaving Tripoli, Mr Dendias tweeted that he refused to get off the plane because Al-Mangoush tried to “force her presence at the airport so that I would have to meet with her”. Libya’s Foreign Ministry issued a statement “deploring” Mr. Dendias’ behaviour which, it said, is counter to all diplomatic norms. It went on to say that it will take “appropriate diplomatic measures”.

According to the Greek Foreign Ministry, Minister Dendias went to Tripoli to meet Mohamed Menfi, Head of the country’s Presidency Council. He did not want to meet with Al-Mangoush. Late, on the same day, Mr Menfi, who was expelled by Dendias as Libyan Ambassador in 2019, issued a statement saying that his office was in touch with the Greek Foreign Ministry seeking “explanations” about the incident.

On 20 November, Al-Mangoush recalled Tripoli’s Ambassador to Athens, instructing him to present a “protest note” to the Greek side about the behaviour of Minister Dendias which could have “serious repercussions” on the security and stability of Libya. The Ministry also implied that it helps “strengthen” division in Libya. The country has two different administrations.

Arriving in Benghazi, the second leg of his visit, Mr Dendias handed over a gift of three boxes of anti- COVID-19 vaccines as a gift to Libya, along with a cheque of more than €500,000 as Greece’s contribution to the World Food Programme’s project of reconstructing Benghazi’s port. He also met with General Khalifa Haftar, Commander of the Libyan National Army in eastern Libya, followed by another meeting with Speaker, Aguila Saleh.

The latest twist in the Libyan-Greek relations came as a result of security and hydrocarbon deals Tripoli signed with Ankara, first in 2019, and then last October. The 2019 deals with Turkiye, Greece’s arch-rival in the eastern Mediterranean were both maritime border demarcation and security pact. At the time, Tripoli was under attack by Haftar’s forces and desperate to have him rebuffed. Desperate and hopeless, Tripoli’s United Nations recognised government rushed to Ankara seeking help and Ankara ceased the opportunity.

Already embroiled in a bitter rivalry with Athens, Ankara agreed to help Tripoli, provided that it signs a maritime deal demarking the two countries’ sea borders and an agreement granting Turkiye rights to deploy its troops and thousands of Syrian mercenaries on Libyan soil where they are still today. Both deals angered Greece, Egypt, the European Union and, particularly, France. All of them rejected both documents, describing them as “illegal”.

While in Benghazi, Mr Dendias said the Tripoli’s government’s task is to take “Libya to elections” and that it has failed in that single task. He also claimed that his country will be able to de-mark its sea borders with Libya when an elected government takes power. That could be a long wait since elections in Libya have been the most contentious issue. Voting is unlikely any time soon, given the fact that Libyan protagonists still cannot agree on a constitutional base to go to the polls.

Favourably received in Eastern Libya, the Greek Foreign Minister found support from both the Parliament and Mr Haftar. The Libyan Parliament had, in 2019, rejected the Ankara-Tripoli deals and, so far, refused to ratify both. Legally speaking, neither deal should come into effect, since they have not yet been approved by the Parliament. However, things are not always done legally in Libya.

The Tripoli-based government of Abdul Hamid Dbeibeh, further enraged Athens, by signing another hydrocarbon agreement with Ankara just last month, giving Turkiye the right to explore oil and gas on the Libyan shores in the eastern Mediterranean. In the meantime, Egypt, Cyprus and Greece have been working on the Eastern Mediterranean Gas Forum as early as 2018. All three countries and the European Union suspiciously view Turkiye’s over-ambitious expanding policies in the region.

Ankara, left out of the newly created gas forum, needs regional allies if it is to stand any chance of challenging Greece and Cyprus claims of certain areas in the Mediterranean. While its agreement with Libya does not appear to harm Libya’s interests, it does boost Turkiye’s claims over sea areas also claimed by both Cyprus and Greece, and disputed by Egypt. A deal with Libya, which has one of the longest coasts on the Mediterranean, is of great significance for Turkiye, both politically and economically.

Turkish President, Recep Tayyip Erdogan, after successfully playing the role of mediator between Russia, Ukraine and Europe and securing the grains deals allowing millions of tonnes of Ukrainian food to be exported, has been eying another similar deal involving gas. The buzz word, nowadays, in Turkish political circles and, particularly around Mr. Erdogan, is how to make Turkiye a regional gas hub that would enable Russia to pump more of its gas to the world, via Turkiye. While the idea is yet to take shape, it appears that both Moscow and Ankara are seriously considering the project. Such a project is of benefit to the rest of the world, as it could help ease the global energy crisis the world has been witnessing since the Russian invasion of Ukraine last February.

Securing exploration rights in Libyan territories, both onshore and at sea, means Libya’s future hydrocarbon industry will be further aligned along that of Turkiye. This, in turn, would also mean that Libya, with its major hydrocarbon potentials, is more likely to stay the course Ankara has been charting and unlikely to join the Eastern Mediterranean Gas Forum, as Cairo wishes.

This kind of future endeavours are likely to add more tension to the already strained Libya-Greek relations.

International Relations and Cooperation
All
2022-11-24
asaeid
Previous Borrell: No indications of an agreement on elections in Libya
Next Stefano Marcuzzi reports on the EU, NATO, and the Libya Crisis 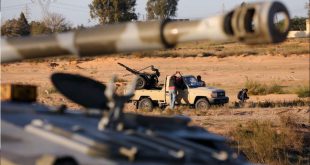