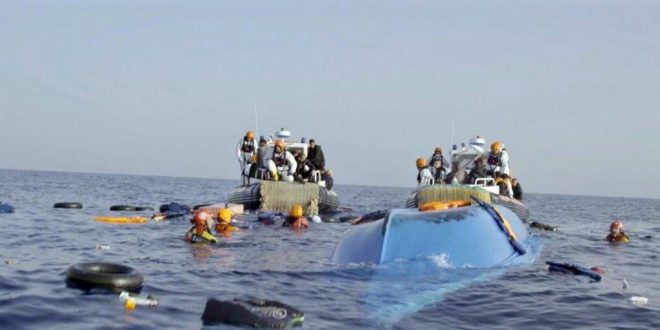 A young Syrian man paralysed by live fire from Bulgarian border guards. Cover-ups of illegal pushbacks by the Greek coast guard. Over 1,300 people missing at sea. All the hallmarks of Europe’s border defences throughout 2022.

Migrants trying to reach the shores and land borders of Europe this year have found themselves sent back to sea, chased by dogs along border fences and held in cages, according to human rights groups.

Widespread policies to repel asylum seekers and migrants at Europe’s borders – even before they have a chance to submit applications – have become increasingly violent this year.

The Border Violence Monitoring Network, who document illegal expulsions and police violence by EU member states, have recorded 1,651 violations on land and sea since January.

“We see that the right to asylum is seriously under attack: the EU is funding more and more border forces perpetrating violence,” said German MEP Cornelia Ernst in December.

“Member States like Poland, Lithuania and Latvia are adopting laws aiming at legalising push-backs, legislation that violates the EU and international law.”

This week we released footage of Bulgarian border forces shooting a Syrian refugee. They denied it. The EU’s called for an investigation

This wasn’t an isolated incident. Today we place it in a wider system at EU borders reliant on black sites, cages & torture

“Along the Western Balkans route, there were over 86,000 detected irregular border crossings in the first eight months of 2022,” according to the European commission – a considerable increase on last year.

Governments have increasingly turned to building fences and walls to keep them out.

The Schengen area now has border fences stretching over 2,000 kilometres.

Member states at the borders of Europe have increasingly deployed armed officers to perform pushback operations, as well as the hi-tech surveillance systems of Frontex, the EU’s border security agency.

“In many cases, people were subject to different methods of torture such as rape, sexual abuse, excessive and prolonged beatings, the use of Electric Discharge Weapons against them, and even being shot at by border authorities and thrown into rivers, sometimes with their hands still ziplocked together,” said the Border Violence Monitoring Network.

No safety at sea

On Christmas day, four bodies were found on the Tunisian coast, including a pregnant woman.

An average of four people died every day in the Mediterranean this year – making Christmas day’s tragedy a daily occurrence.

(1) #Frontex and the so-called Libyan Coast Guard are cooperating in intercepting people on the move in the Mediterranean and returning them to Libya, despite the known human rights abuses in the country. pic.twitter.com/QXu9iQgxCY
— Sea-Watch International (@seawatch_intl) December 14, 2022

NGOs – including those performing civil rescue operations at sea in the Mediterranean – regularly call for state-led humanitarian rescue operations that allow migrants to disembark safely in Europe without fear of return to Libya.

While EU member states refuse to coordinate and share responsibility for sea rescues, NGO vessels find themselves in a game of cat and mouse with regional authorities, trying to save what lives they can.

And as the fabric of human rights norms continues to fray across the continent, the outlook remains bleak for 2023.