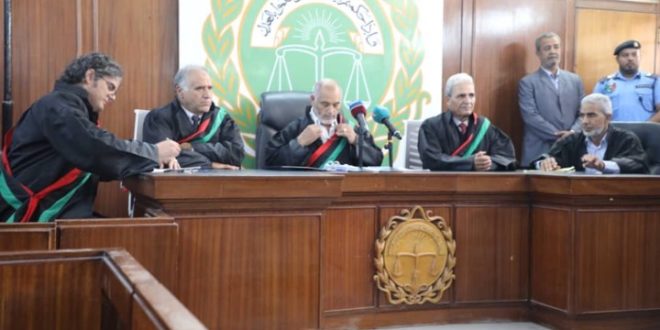 The Tripoli Court of Appeal has left the door open to the Government of National Unity (GNU) to challenge the court’s verdict to suspend the implementation of the Libyan-Turkish agreement, a judicial source said in a statement.

The source did not give any details about on which the court based its decision, and the GNU has not yet issued any comment on the judicial ruling issued on Tuesday.

On Tuesday, the Tripoli Court of Appeal ruled to suspend the implementation of the agreement signed between Libya and Turkey on oil and gas exploration until the final verdict on this case is announced.

International Relations and CooperationJustice
All
2023-01-12
asaeid
Previous World Report 2023: Rights Trends in Libya
Next CIA chief in Libya after Lockerbie suspect handed over