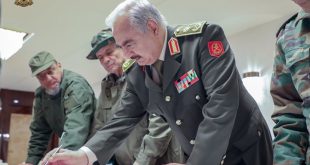 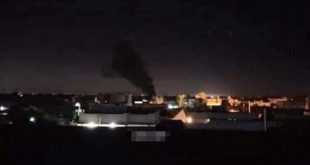 Misurata Security Directorate announced a night curfew in the city, starting from Wednesday until further notice. It said that the step comes to facilitate the work of security patrols. 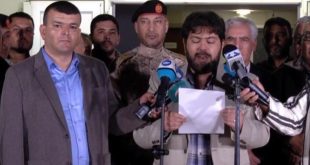 The Council of Elders and Dignitaries of Misurata denies issuing a statement calling the city’s sons to withdraw from the fighting fronts in Tripoli and Sirte. 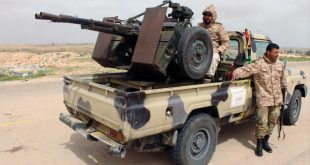 Libya’s Government of National Accord (GNA) rejected the timeframe set out by retired Major General Khalifa Haftar for their withdrawal from the country’s western cities of Tripoli and Sirte, the spokesperson of the GNA’s Volcano of Anger counteroffensive operation announced yesterday. 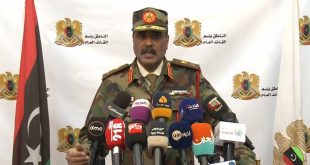 Gunmen from Misrata have 72 hours to withdraw from Libya’s Tripoli and Sirte, Ahmed al-Mismari, the spokesperson for the Libyan National Army (LNA), said on Friday.

Libya’s city of Misurata, northwest of capital Tripoli, has declared its support to battle the “decisive war” against Khalifa Haftar’s forces, vowing to deploy all of its armed brigades to defeat the attacking forces of Haftar, whom it said is backed by Russia, Egypt, UAE, and France. 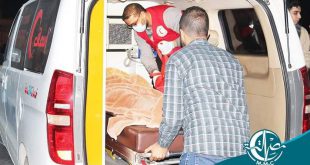 Libya’s Misrata city was under airstrike attacks in different areas by Khalifa Haftar’s warplanes, which; according to commander of the military intelligence in central Libya Ibrahim Baytalmal, were foreign aircraft. 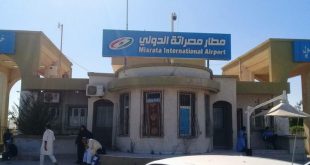 Authorities at Libya’s Misurata airport on Sunday seized a Libyan Airlines aircraft operating from Benghazi in the east of the country, the airline’s Benghazi management said.

Counterterrorism Force condemns airstrike on its camp in Misrata 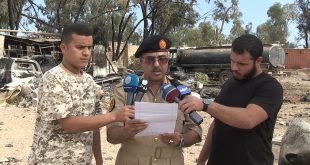 The Counterterrorism Force has condemned the air raid on the 1001st Battalion by what it said the UAE-backed air force of Haftar.