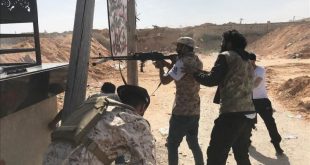 An all-out offensive has kicked off on Sunday morning by Libyan Army forces under the command of Government of National Accord (GNA) in an attempt to drive out the remaining fighters of Khalifa Haftar’s forces in southern Tripoli frontlines.

UN calls for Libya ceasefire as death toll climbs to 1,000 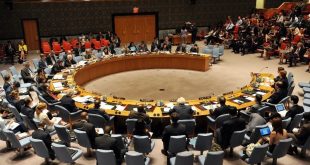 The UN Security Council called on Friday for a ceasefire in Libya as the death toll from a three-month offensive on Tripoli reached 1,000, including scores killed in an air strike that hit a detention centre for migrants.

The Libyan National Army (LNA), headed by Field Marshal Khalifa Haftar, on Thursday downed a warplane belonging to forces loyal to the Government of National Accord (GNA), the LNA press service claimed. 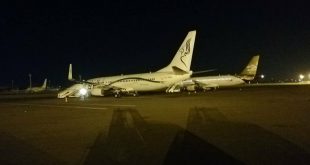 Mitiga Airport Administration said on Facebook that it had suspended flights after the airport was targeted with new airstrikes by Khalifa Haftar’s Air Force on Wednesday evening. 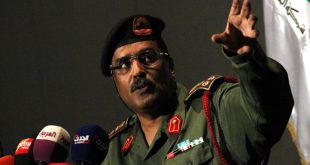 The self-styled Libyan National Army (LNA), Khalifa Haftar, on Wednesday denied it targeted a detention centre for illegal immigrants near the Libyan capital, after more than 40 people were killed in an airstrike on the building. 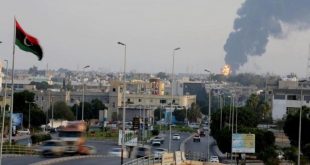 At least 40 people have been killed in an air raid at a detention centre for refugees and migrants in the Libyan capital, Tripoli, according to health and emergency officials. Malek Mersek, a spokesman for the state emergency medical services, said 80 others were wounded in the attack late on Tuesday. 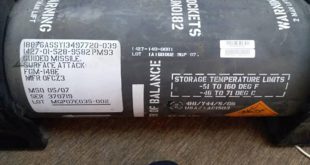 The United Arab Emirates (UAE) has denied ownership of weapons found in Libya after a senior US senator demanded an investigation of reports that American-made missiles were seized at a base belonging to renegade military commander Khalifa Haftar.

Senator demands probe into US weapons in Libya

A senior US senator demands an investigation over reports that American-made weapons were found at a base of forces loyal to Khalifa Haftar, the East Libyan-based military commander, as reported by Anadolu Agency.

Forces loyal to renegade military commander Khalifa Haftar threatened a barrage of new air strikes on Libya’s capital, a day after five soldiers were killed in air raids on Tripoli. 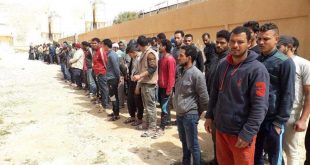 The crisis Committee and the Displaced and Refugee Affairs of the Ministry of Social Affairs disclosed Sunday, that the number of displaced families staying outside refugee centres amounted to 20,506 families.