The trial of 37 mostly Gaddafi-era officials accused of serious crimes during Libya’s 2011 uprising raises serious due process concerns, Human Rights Watch said today. The trial, which began on March 24, 2014, resumed on April 14 in a specially designated courtroom in Al-Hadba Corrections Facility in Tripoli.

Human RightsInternational Relations and CooperationJustice
All

Two sons of Muammer Ghaddafi, the late Libyan leader, are due to appear in court in Tripoli on Monday. They are being tried alongside dozens of other senior members of the former regime on multiple charges, including war crimes. Saif al Islam Ghaddafi was caught in November 2011, six months …

International Relations and CooperationJustice
All

Libya’s on the way to becoming a terrorist outpost for possible future attacks on Europe. The prospect has been raised by Libya’s former Prime Minister who came to power following the overthrow of the Gaddafi regime. He recently fled the country, where rival militias run rampant, and are in de-facto …

International Relations and CooperationSecurity Situation
All

West should have put boots on the ground in Libya, says former prime minister 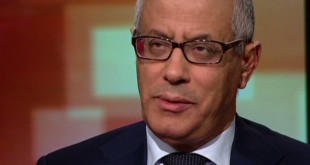 Europe could do more to protect its interests in Libya. Three years after the revolution, the transition is lagging behind with deadlines for key steps including elections, a new constitution and national dialogue looming and unlikely to be met.

International Relations and CooperationPolitical Transition
All

Libya and Egypt are to suspend entry visa requirements for residents who live either side of the border.

President Obama takes a big risk and scores a win for democracy — and no one gives a damn.

Pentagon says the Morning Glory, loaded with $20m cargo of crude oil, will be handed to Libyan government control

International Relations and CooperationSecurity Situation
All

US Says Oil in Libyan Port Stolen, Warns of Sanctions 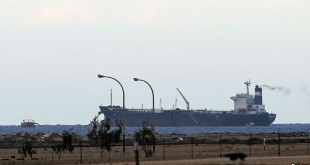 The United States is warning of consequences related to any unauthorized sales of oil that militia members have loaded onto a North Korean-flagged tanker in a Libyan port.

Libya allows use of force against oil tanker 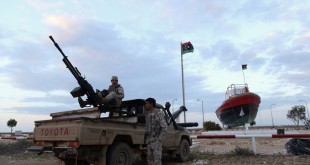