Home / Publication / Understanding Shifts in Egyptian Civil-Military Relations: Lessons from the Past and Present 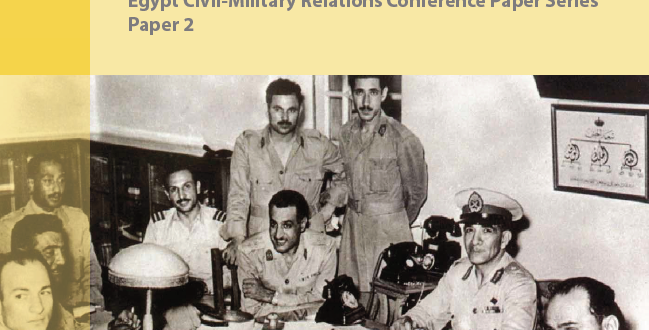 Understanding power and influence shifts in Egypt’s civil-military relations requires an analysis of societal dynamics and of loyalties in the officer corps. The ability to build and demonstrate support from a societal constituency, or an important faction in the officer corps, is a source of leverage for both political and military leaders. Powers of appointment and dismissal are also pivotal in shaping power relations between political and military leaders. When enjoyed by a political leader, these prerogatives reflect and promote control of the armed forces. Conversely, the inability to appoint and dismiss officers both reflects a political leader’s weakness and serves more broadly to degrade control of the armed forces. The centrality of these aspects is evident during critical episodes of civil-military relations in Egypt. These factors, in turn, have important bearing in assessing the prospects for future developments in the country’s civil-military relations.