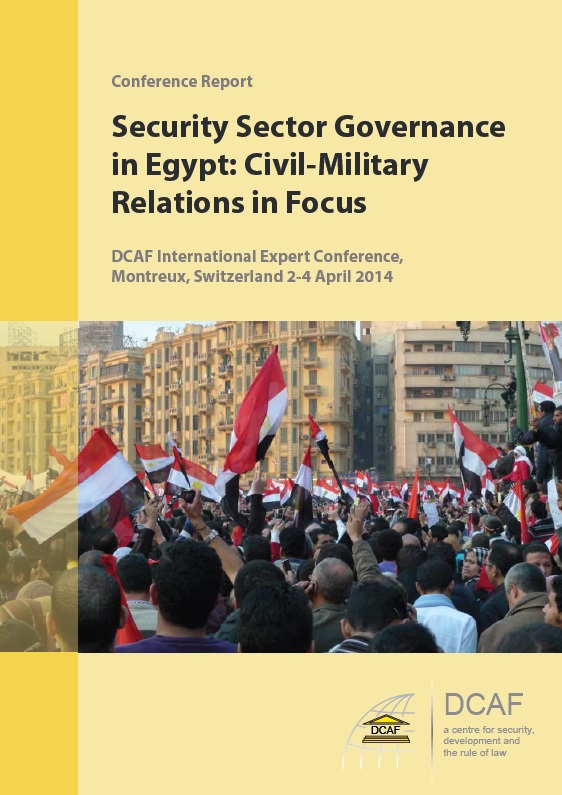 The Geneva Centre for the Democratic Control of Armed Forces (DCAF) organised a conference in Montreux, Switzerland from 2 to 4 April 2014 to examine the relationship between the armed forces and citizens of Egypt. DCAF brought together leading experts on civil-military relations from four continents, including former members of armed and security forces, academics, politicians, and representatives of the media and civil society. To provide a conceptual baseline for the discussions, DCAF commissioned research papers for presentation at the conference, some of which will be published.

During the  conference, the participants reviewed the current state of civil-military relations in Egypt and related challenges. Following an overview of the key role that the Egyptian Armed Forces have played in Egyptian politics for over 60 years, the participants turned to in-depth analysis of several critical issues in civil-military relations.